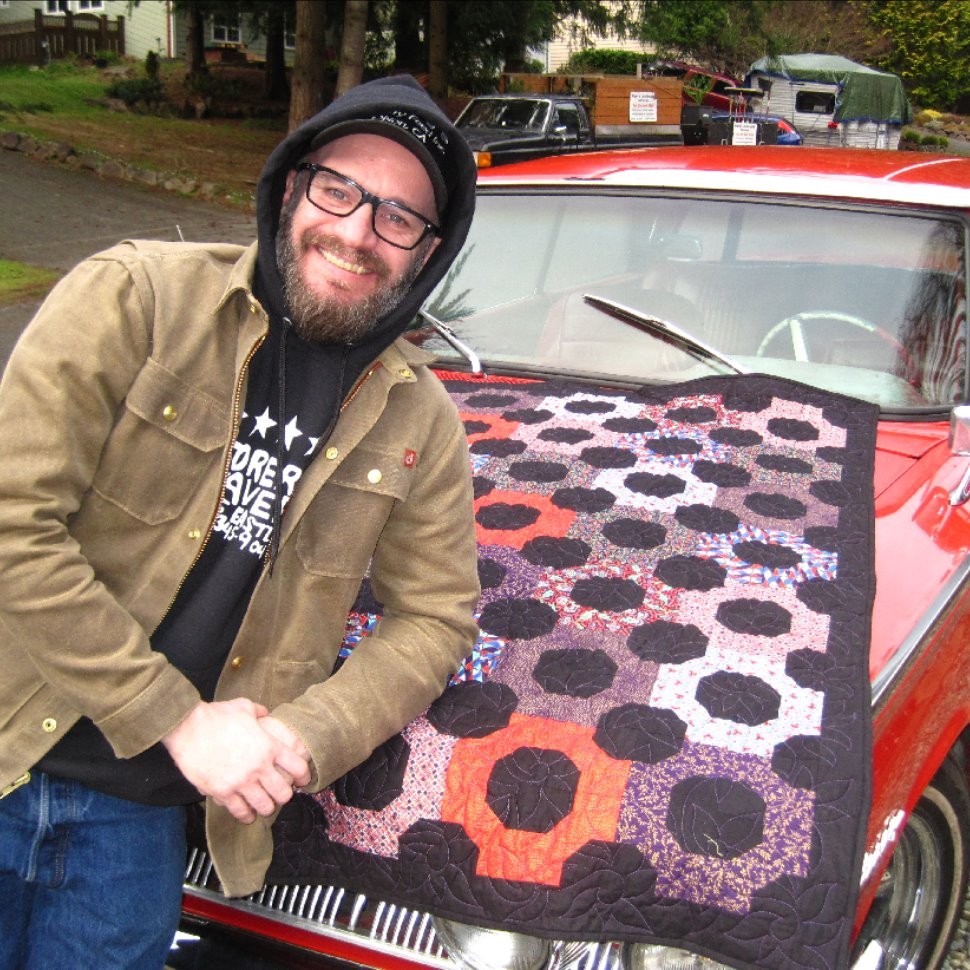 December 25, 2018 update. The new photo above is my son Geoff posing with his new quilt, which he received for Christmas 2018. Although I've been quilting since 2014, this is the first quilt I've made for him, and he seems pretty happy about that! ------------------------------- ------ May 3, 2018 On a whim, I purchased a jelly roll from Craftsy in the summer of 2017 that reminded me of silk neckties worn in the '70s. Inspired by Jenny Doan's tutorial "Make a Bowtie Quilt Block" I started the project in December using a black jelly roll for the background, then pieced the blocks together in circles rather than as individual bowties. It was really an easy block and only took about a week to put everything together. The backside is Minky, and the batting is Hobbs 80/20. The edge-to-edge free-motion long arm quilting pattern is called Fire Flower, by Lyn Durbin at Camlyn Quilting in Smokey Point, Washington. Lyn used purple thread so the pattern would show up on the black background fabric. The quilt is lap sized at about 54"x62" and was finished in January 2018. I love quilting! Peggy (posted May 3, 2018) 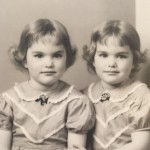 Posted By Bothtwins
See profile
About us
FAQ