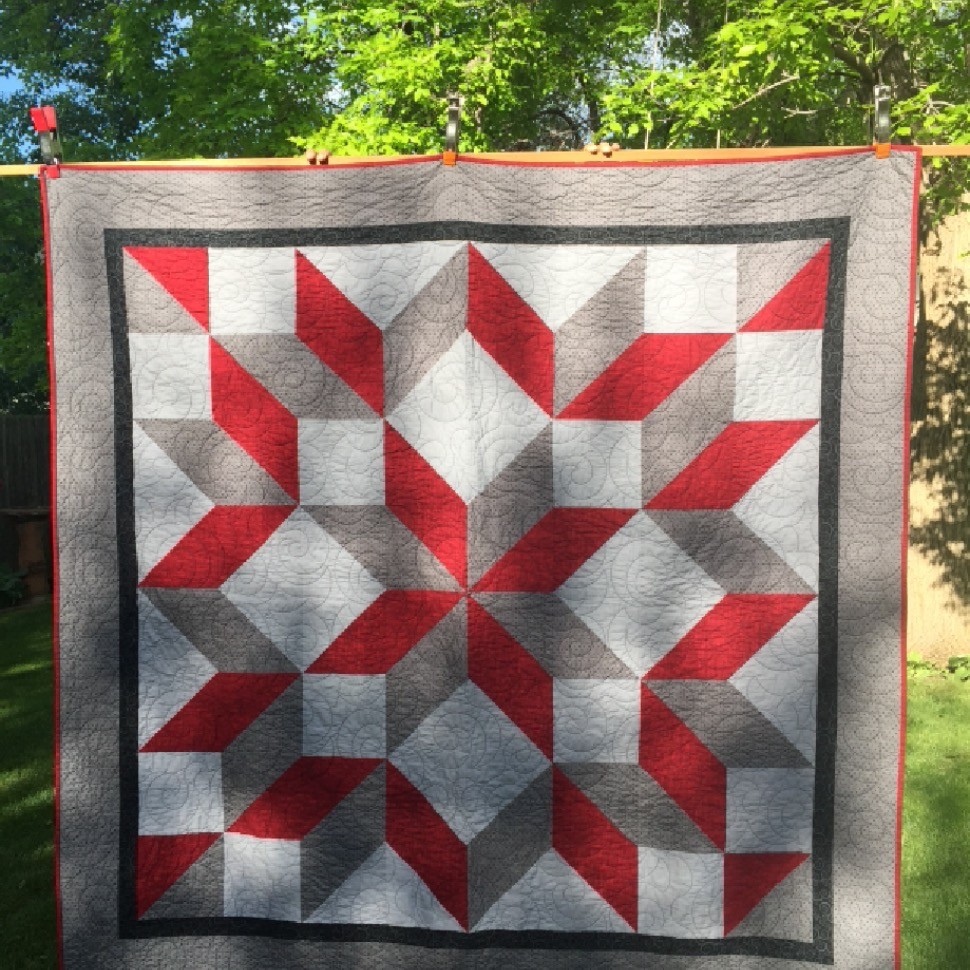 It was already November & I was holding my head trying to think of meaningful Christmas gifts for my elderly father, my brother & my two son-in-laws. It had been an awful year; my Mom had passed, my sister-in-law had passed & each of my son-in-laws had lost a parent. I NEEDED to give them each something personal that would show how much I cared. I wasn’t sure that I could get my act together quickly enough to complete 4 quilts, but decided that I would choose a simple pattern with minimum colors, although I did want each quilt to have a different color scheme. Worse case scenario? I would give them a quilt that had been begun, but not completed. Fast forward...the quilts were completed by Christmas morning. Once one of them had been completed, the others followed pretty quickly. I know I had angels on my shoulders those few weeks while sewing. This quilt was given to my son-in-law.

Posted By COQuilter
See profile
About us
FAQ