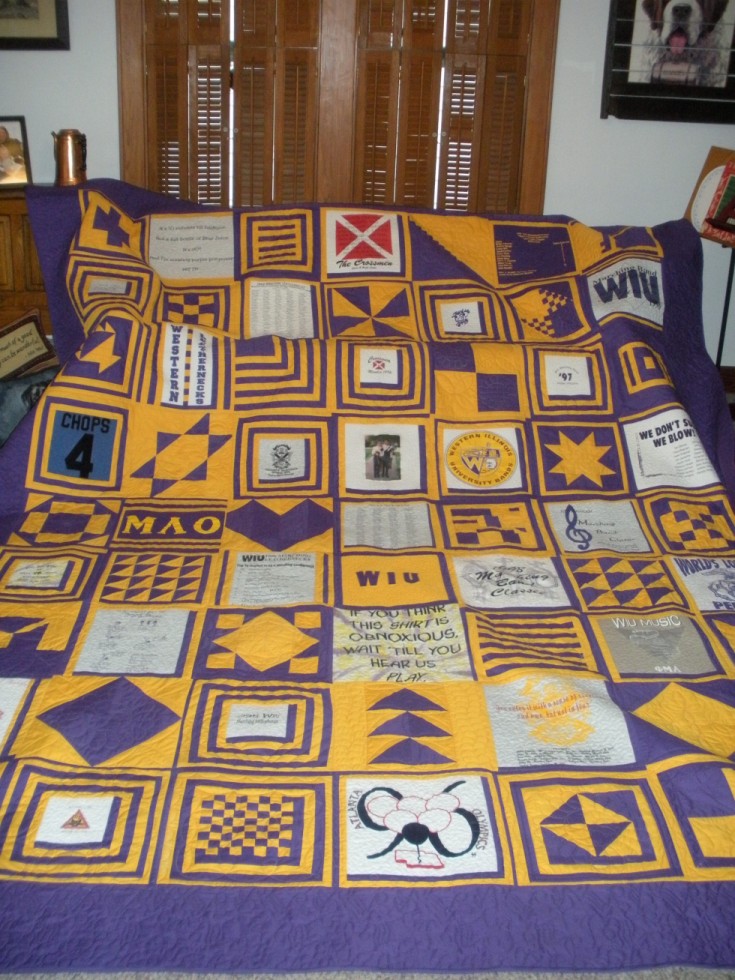 When my daughter and "son"-inlaw finished college and moved away, they had me keep some boxes stored until they got settled in their new town. Two years later when I said it's time to come get boxes- I had kept aside the box with all their band T-shirts. Thinking they were not going to wear them again, nor miss them for awhile. I started this project for a queen bed, then the kids announced they were buying a king bed! So, I quickly reformatted my plan adding extra squares between the T-shirt panels. What a massive undertaking. The long arm quilter did a FANTASTIC job for me. the center block was the first picture I had of the two of them together. 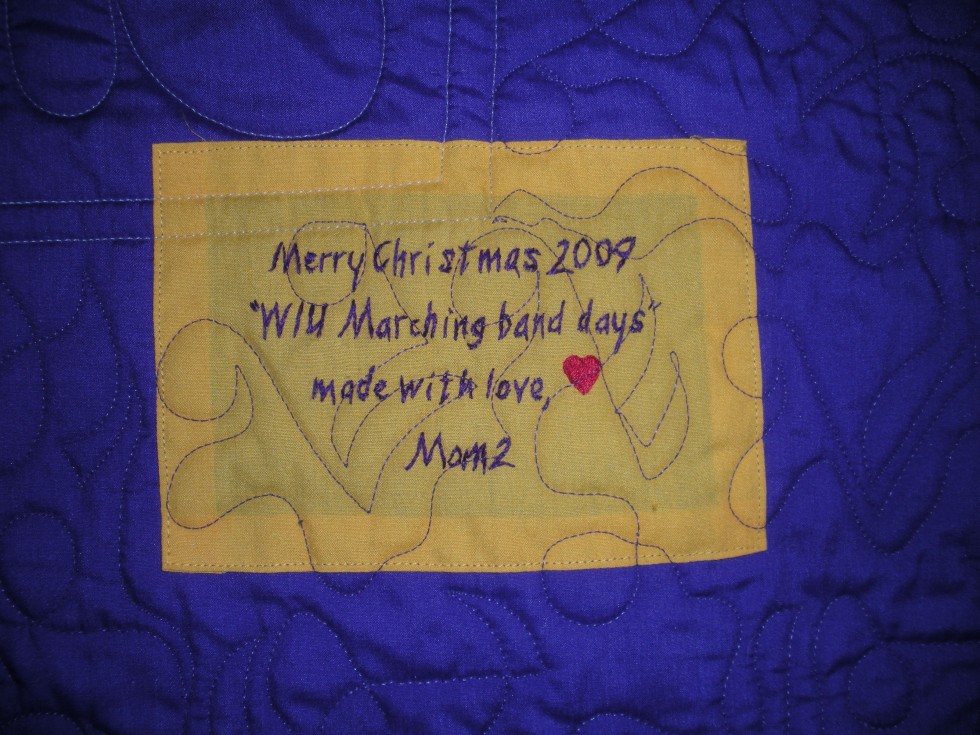 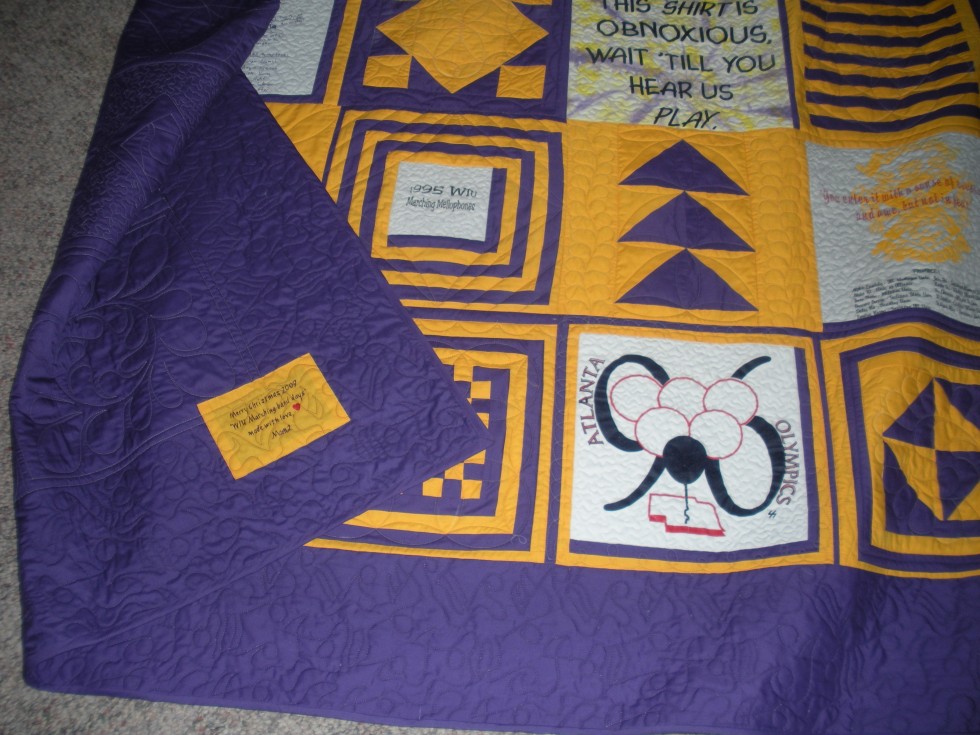 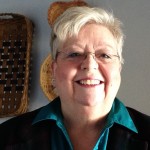 Posted By Cathy1951
See profile
About us
FAQ