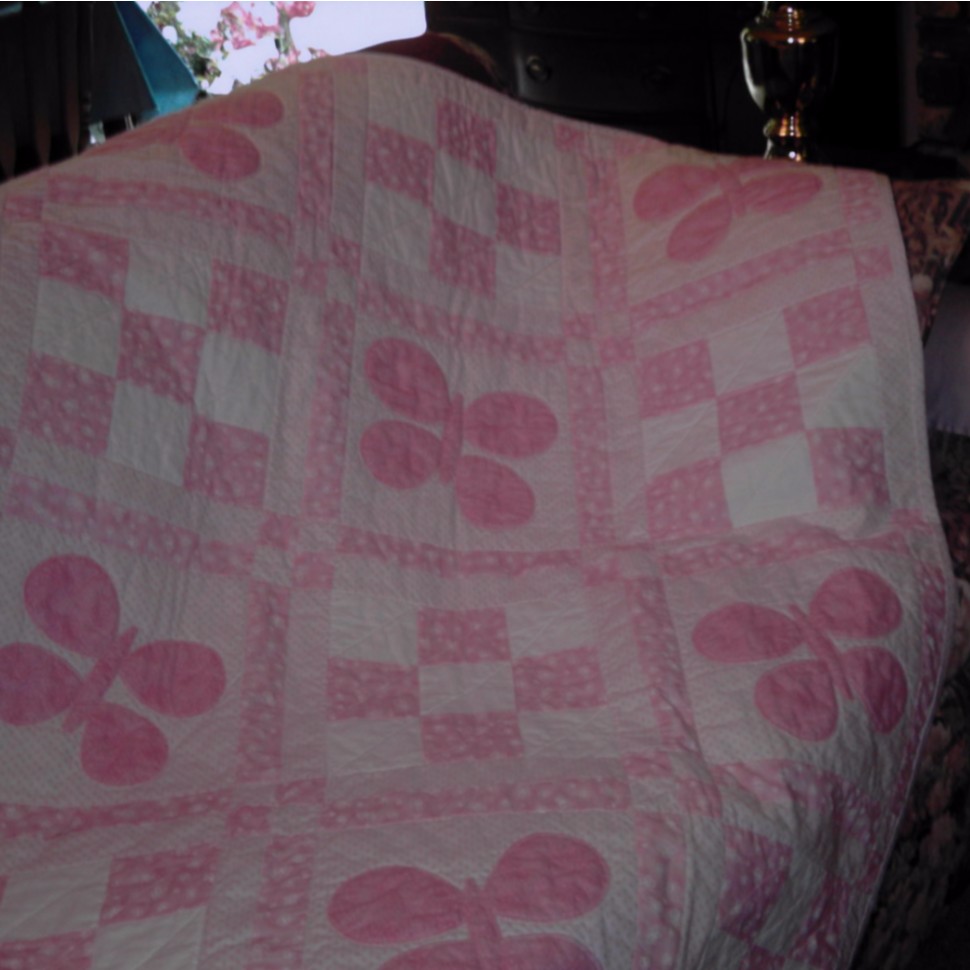 My mom taught me to sew when I was very young. She made our dresses and then later when we preferred store bought things began to do some quilting. She made baby quilts for the children of all her nieces and nephews until her health declined. When my youngest cousin (one of twin boys born while I was in college) announced that he was going to be a daddy, I decided to take up mom's role and made my first quilt (a panel with borders, hand quilted) in 2010. The brother of that cousin had his first child the next year so I made quilt #2. When my niece announced her pregnancy in 2013 I decided to design and piece the quilt for her little girl, Alexis. I chose butterflies and a 9 patch. I got to learn as I went along...this quilt includes raw edge applique, borders with cornerstones, and multi-fabric composition (flannel and cotton). This was the largest quilt I had made and I machine quilted it as I had a detached retina in 2012 which prevents me from being able to see to hand quilt anymore:( I have made several quilts since this one for Lexi and will share them on this site too:)

Posted By silkhopemama
See profile
About us
FAQ