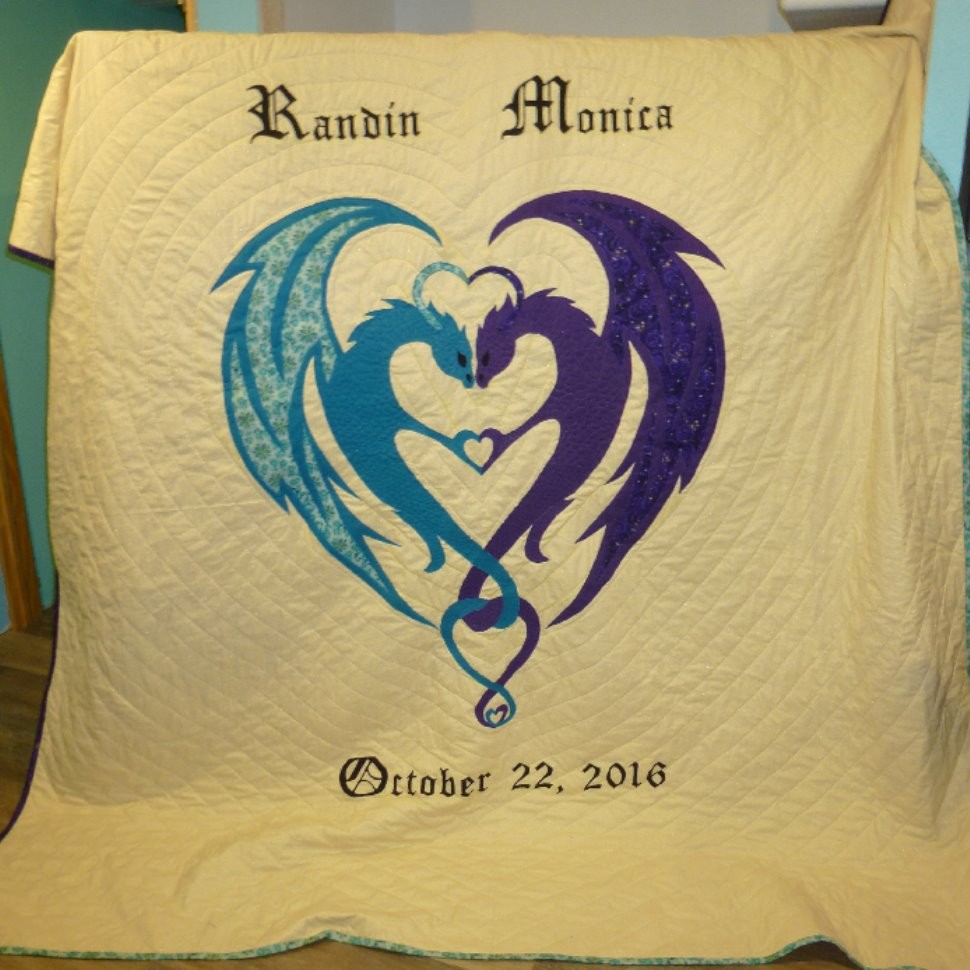 Long Story, Daughter's best friend. I asked her Mother if she was going to make her daughter a quilt for wedding, said she didn't have time. I asked to make one, but wanted to include her in the project. She sent me a 8.5 by 11.5 picture of what she "was" going to make. Oh Boy! Had to somehow blow the image up to a size to put on a quilt. Went to husbands work and put freezer paper up on wall and used a projector to enlarge the image. I had to do it at least twice to make a perfect mirror image because of the detail on the tail area. Her wedding was a Peacock theme and decided to use those colors in the piece. I wasn't quite sure how to quilt the negative space, but since they were going to change their last name to Dragonheart, I echo quilted a large heart in that space. I used a font on computer to "write" their names on and used wonder under to stick long enough for me to satin stitch around each letter. I used that same process for the dragons as well. I think the satin stitching took the longest. 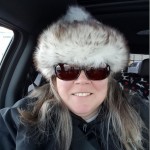 Posted By Calicosnowman
See profile
About us
FAQ