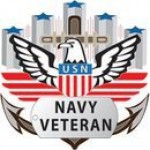 I grew up in Central Florida with my mother who rarely sewed but was an avid singer at church. I was the 6th of 7 children and life was a struggle after my parents split up when I was 5. I used to wish that I had been taught more girly things as a child, but after my own stint as a single parent I realize how difficult it must have been for her. When my youngest came along, I began to set aside something here and there to make her a blanket with from her clothes. Sadly her father & I didn't make it, and my desire to learn to quilt was pushed to the back while I concerned myself with the more immediate needs of everyday living on my own with a toddler. After 20 years of service in the U.S. Navy and the multiple cross country moves that entailed I thought her clothes I had set aside had long ago been lost, until 2 years ago cleaning out my storage. That's when I realized I still really wanted to learn quilting. My first completed quilt was actually for my fiancé' for his birthday a year and a half ago. It was a simple D9P and was something to get my feet wet on. I also had no idea what I wanted to do with E's clothes as the colors weren't all cohesive. Way back when she was still a toddler I had started cutting some of them and had a plethora of 2"x6" strips that I had sewn together rather poorly and I wasn't as excited by the idea of just lots of little strips like that as I had been when I started 17 years beforehand. My second completed quilt was a D4P for myself, although I had started it first. A very nice woman at the local sewing machine store was working on one when I went in to ask about where to begin and she helped me pick out some FQ's and taught me that block. And so my discovery of this wonderful thing we call quilting began in earnest. I spoke to my daughter a bit about it and asked what colors she would like so I could see if I could incorporate that as well. Then I picked out some fabrics that represent some of the things she's always loved, like music and dragonflies. Its a mish-mash of block's and colors, but she loves it and is very happy. Her fiancé wasn't interested in a quilt when I asked, but now that they've had hers for a little bit, he's anxious for his own, which actually makes me rather happy. I am now the historian for my local quilting guild and have made some fantastic quilting friends. I even attended my first quilt show a few weeks ago up in Hampton, VA and was so awe struck at the talent and beauty of the work people do. I am looking forward to completing more projects and learning more skills for this wonderfully artistic endeavor.