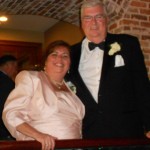 I have only been quilting since 2012 but I am addicted! My first quilts were all made for Quilts for Kids, a wonderful organization. I probably made more than ten quilts for charities and family before finally keeping one for myself. I still love giving them away the best. I am a middle school librarian in South Carolina though I was born and lived most of my life in NY. My husband and I have three grown children and five grandchildren.