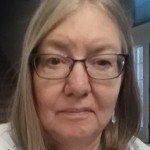 I have been sharing my quilting projects with this group since 2017, and I find the people here are positive, supportive and talented. I also enjoy Missouri Star Quilt Company, visiting their website nearly every day and purchasing their Daily Deal much too frequently. I look forward to the tutorials. I have so many UFO's that I should probably never start a new quilt or pattern for the rest of my life! I have been trying to finish up those old UFO's and stash fabrics, but I also have a bin (or two) of newer precuts that are calling me. I like trying new things (patterns, rulers, fabrics) and I am not so keen on the actual quilting of layers (or paying for someone else to quilt my tops) so a finished project takes extra time.